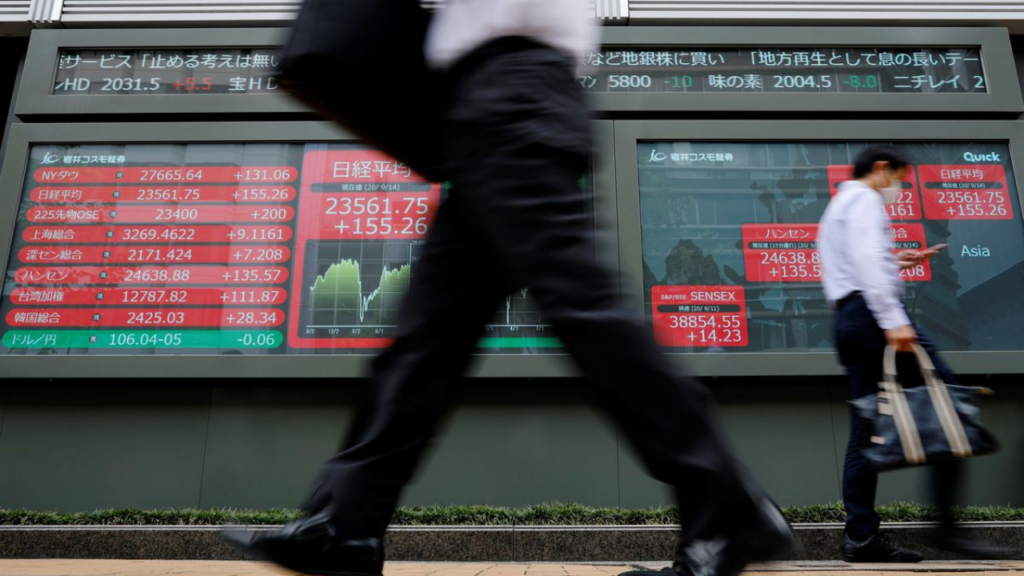 On Monday, Asian markets rose higher with Wall Street, but the dollar fell to five-week lows. Meanwhile, investors bet on a slowing in US monetary tightening, albeit after two big boosts in June and July.

The news is that Shanghai officials will waive numerous criteria for firms to restart operations on Wednesday. This will helped to lighten the atmosphere, easing a city-wide lockdown that began two months ago.

The United States Memorial Day weekend may result in a light session before the end of the month. However, MSCI’s broadest index of Asia-Pacific equities outside Japan rose 1.2% to a three-week high.

The Nikkei in Japan gained 2.0%, while the KOSPI in South Korea gained 1.2%. Blue chips in China gained 0.8%, contributing to Asian markets.

Investors have pounced on suggestions that the Federal Reserve may delay its tightening after a series of sharp hikes over the next two months.

Treasuries rallied on the prospect of a less aggressive Fed, with 10-year note rates hovering just above a six-week low of 2.74%. This compares to a high of 3.203% on May 9.

The safe-haven dollar and yen have fallen as market sentiment has improved. Meanwhile, the euro has risen thanks to hawkish statements from European Central Bank (ECB) officials who have hinted at a rate hike as early as July.

This emphasizes the significance of this week’s key US statistics. They include the ISM manufacturing survey on Wednesday and the May payrolls report on Friday.

With unemployment at 3.5%, payrolls are likely going to climb by 320,000, but that would be down from April.

In contrast with Asian markets, the dollar fell against the yen to 126.98, after finding good support at 126.37 in the previous week.

The dollar’s decline aided gold’s recovery from recent lows, and the metal was trading at around $1,850 per ounce.

Oil prices have been buoyed by anticipation of higher demand as the driving season in the United States begins, and as European countries debate whether to put an outright ban on Russian crude oil.

The EU failed to agree on a Russian oil embargo on Sunday, but diplomats will try again ahead of a Monday-Tuesday conference.