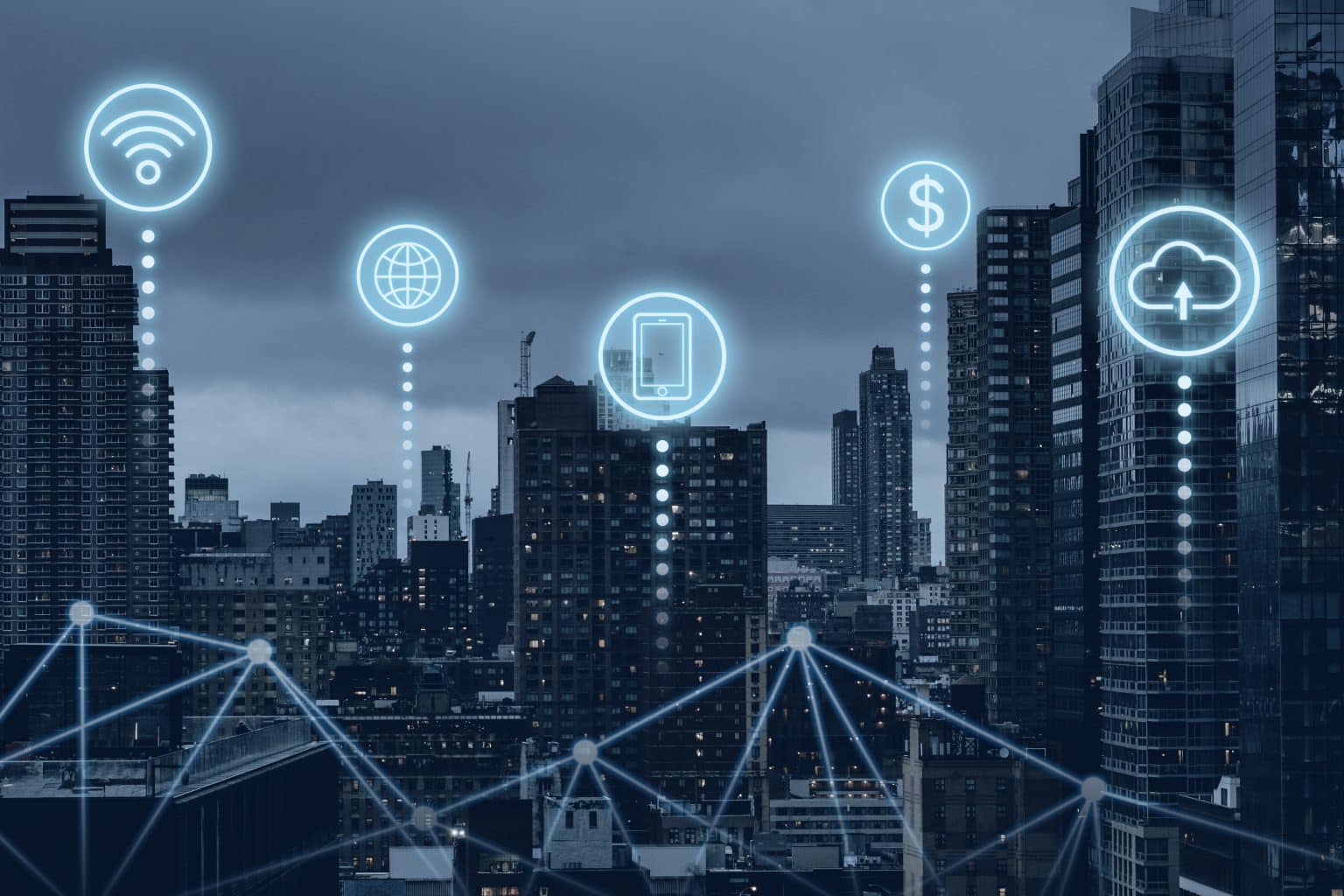 Nowadays, fifth-generation wireless technology, or 5G, has become one of the fastest-growing sectors of technology. Importantly, this revolutionary technology will assist the future of the telecoms sector as cellular operators deploy 5G networks worldwide. Moreover, these next-generation networks provide quicker data transfer, higher-quality internet connections, broader global connectivity, and an expansion of the capacity for sophisticated linked software applications. Importantly, there are several routes for investing in 5G technologies. Therefore, Finxpd has compiled the 5 best 5G stocks to consider purchasing in 2022 if you want to remain ahead in technology investment.

Broadcom is a household brand in the 5G industry. It was established in 1961. Actually, the company originated as part of Hewlett Packard’s semiconductor division before splitting apart in 1999. Subsequently, Avago Technologies purchased Broadcom in 2016. It was worth little under $30 billion at the time. However,  6 years later, it was worth more than $240 billion.

Importantly, this company creates, develops, and produces a wide range of infrastructure software and chips. Across the mobile network ecosystem, they serve as the internet’s backbone. Moreover, Broadcom also develops wireless network connectivity components for smartphones and other devices. Motorola, Apple, Asus, Hewlett-Packard, Logitech, Cisco Systems, IBM, Nintendo, Dell, and Nokia are among the company’s most important customers.

Besides, this multifunctional company is now the most popular 5G stock to buy. It is continually seeking to expand as a company. Broadcom, for instance, has undertaken a number of investments in recent years in order to introduce infrastructure management technologies into its operations. Since Broadcom software can be combined with network equipment, the 5G industry has increased the company’s profit margins.

Furthermore, the company helps customers secure and manage their cloud computing assets and networks. Broadcom’s free cash flow profit margin was almost 50%. Broadcom went public in 1998 with a NASDAQ listing, and equities completed the trading day up more than 120 percent.

The most important point is that Broadcom’s all-time high was slightly over $674 in December 2021. The rise came after the corporation announced that investors will get a bigger dividend distribution in 2022.

Advanced Micro Devices was established in 1969. This international company specializes in the development of computer-processing-related semiconductor devices. In addition, the company manufactures a variety of additional components for consumer electronics, including flash memory, graphics processors, motherboard chipsets, and a number of others.

The purchase of Xilinx, the industry leader in field-programmable gate array (FPGA) processors, was one of the reasons Advanced Micro Devices made our list of the most popular 5G stocks. FPGA chips are capable of reprogrammed and altering at the hardware level. The adaptability of these processors makes them suited for the creation of the core hardware required to implement 5G technology.

Advanced Micro Devices made its debut on the New York Stock Exchange in 1979, before switching to the NASDAQ in 2015. Advanced Micro Devices achieved an all-time high of over $162 in late November 2021. It announced record-breaking revenue in 2021, up 68% year-over-year. Additionally, by forecasting demand years in advance, it has been able to sidestep the majority of the difficulties connected with the global chip supply shortage. Consequently, this is one of the best stocks for 5G semiconductors.

Skyworks Solutions is a wireless semiconductor company that was created in 1962. Skyworks Solutions’ semiconductors are utilized in mobile communication systems as well as RF applications. Among the company’s products are power amplifiers, front-end modules, and RF devices for phones and wireless infrastructure equipment.

Furthermore, this business is involved in 5G launches with a variety of smartphone manufacturers. Bose, Samsung, Google, Huawei, Cisco, Amazon, LG, Microsoft, Xiaomi, and Honeywell are among Skyworks Solutions’ important clients. Additionally, Apple accounts for approximately half of the connection chip designer’s revenue. Besides, Skyworks Solutions also offers a growing array of solutions for more 5G devices such as modems and linked equipment, ranging from healthcare devices to connected autos. Importantly, Skyworks Solutions established a collaboration with Silicon Laboratories in early 2022.

The infrastructure and automotive companies described above will be bought for $2.7 billion. Skyworks Solutions will have a portfolio of automakers after the purchase of Silicon Labs. As a result, Skyworks will be well-positioned to service automakers by developing high-end processors for such technologies.

The previously stated transaction will enable the company to diversify its revenue source. Since 1968, the company has been publicly traded. One thing you should know is that this 5G stock had a turbulent year in 2021. The year began with solid earnings reports in which sales climbed by more than 60%. However, several semiconductor businesses were burdened by supply concerns. By the end of the year, the stock had fallen almost 21% from its prior peak.

Qualcomm is a world leader in wireless technology, software, a cellular connection, and semiconductors. This company’s technology is used in almost every gadget, making it one of the most popular 5G stocks to buy. Importantly, optimized software, modems, RF systems, CPUs, 4G, legacy connection solutions, and, of course, 5G are among its products.

Qualcomm’s major customers include Samsung, Apple, Huawei, Nokia, Microsoft, Lenovo, Sony, and Vivo. Furthermore, the company has experience with advanced driver-assist technologies in the automobile sector. Furthermore, this global company has collaborated with BMW, Ferrari, Nio, Tesla, Mercedes, and over 30 other companies to offer a self-driving chip. As a result, the company is in great demand.

Besides, Qualcomm’s stock was first publicly traded in 1991 for $16 per share. Since then, the stock’s value has soared by more than 24,000%. Qualcomm’s sales are increasing again as a result of the 5G device upgrade boom. The company’s total potential phone markets, excluding other mobile devices and autos, are predicted to grow at a pace of more than 10% per year until 2024.

Finally, over the previous two decades, this company has paid dividends to shareholders, with a current yield of 2.26 percent. Qualcomm will finish and launch programs such as releases 17 and 18 in 2022.
Several 5G advances have already been announced by the company, including new Snapdragon Digital Chassis-connected EV systems, an Open Ran solution with Fujitsu, new end-to-end private network solutions with Microsoft, and many more interesting new 5G processes.

Nvidia was established in 1993. It creates chips, software, and services for wireless technology. This is one of the most popular 5G companies to follow since it has patents that are critical to mobile communication. This covers 5G, 4G, CDMA2000, TD-SCDMA, and WCDMA technologies.

Generally, this company has been a technical trailblazer. Nvidia pioneered the graphics processing unit (GPU), which is frequently used in high-end video games. GPUs are also used in a range of other applications, including artificial intelligence, self-driving car research, and, of course, 5G.

Moreover, in terms of infrastructure equipment, the company is extending its presence in the transportation industry. The chip designs of the business are aiding telecom companies in the deployment of upgraded networks, enabling machine-to-machine communication through 5G, and supporting unique use cases such as vehicle autonomy and high-end gaming.

Microsoft, Ericsson, Softbank, and Google are among the well-known firms that employ Nvidia technology. Furthermore, Verizon embeds this company’s GPUs across its network, which includes hundreds of tiny cell sites as well as data metacenters. Nvidia provides a plethora of creative products that may be utilized in a variety of industries. The examples are “GeForce NOW”, which enables 5G gaming, and “CloudXR”, which provides VR/AR experiences. Additionally, the company’s technology may also be utilized on mobile phones to produce photorealistic graphics via 5G using ray tracing. Ray tracing is a complex graphics method that enables realistic lighting. Therefore, this results in high-quality games, which are quite profitable.

This stock relaunched in 1999 and has subsequently soared in value by about 48,500 percent. By 2021, the stock had risen to over $130. There were several declines during the time the sector was experiencing significant supply challenges. However, by November 2021, Nvidia stock was trading at $330, a record high at the time of writing.

However, this comes after the company reported good profitability and development on its Omniverse software platform. In addition to 5G, use cases are expanding to include self-driving vehicles and artificial intelligence, so this 5G stock will continue to expand over time.

In short, Broadcom, Advanced Micro Devices, Skyworks, Qualcomm, and Nvidia are among the best 5G stocks to buy in 2022. It is quite easy to invest in a company that is engaged in or focuses on 5G technology. This is because there are several possibilities encompassing a wide range of goods and services. However, you should deeply know the companies’ information before investing because every investment has risks.

Nationwide Pet Insurance Review : One of America’s Oldest and Largest