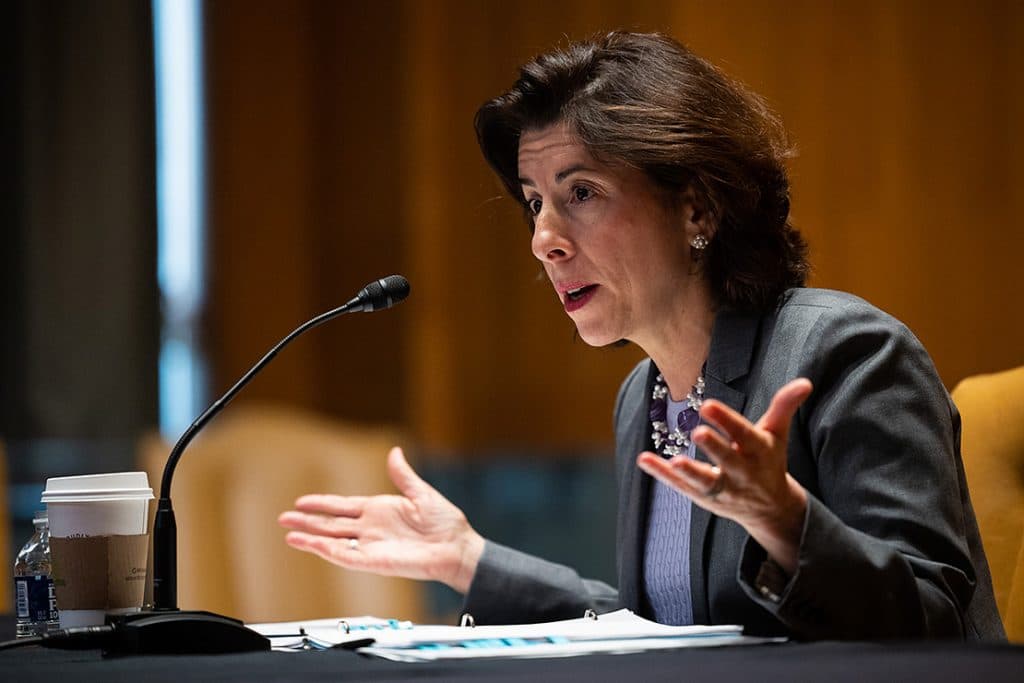 Chinese Corporations Investigated by the U.S. Over Export Sanctions
Education

Chinese Corporations Investigated by the U.S. Over Export Sanctions

The Biden administration is actively exploring adding additional Chinese corporations to the government’s economic blacklist. According to US Commerce Secretary Gina Raimondo, the administration investigates what it considers China’s efforts to avoid US sanctions.

Raimondo told reporters that the administration was striving to improve the situation “get information around bad actors in China and adding those Chinese corporations to the Entity List. We are in the middle of a number of investigations.”

She stated that China is not at a standstill. She said “They’re coming up with innovative ways to get around our penalties, such as forming new (businesses). We are putting forth a really active and attentive effort.”

She stated that she would like to work with US allies to align their trade restrictions with US export controls.

In 2019, the Trump administration made extensive use of the Entity List, adding dozens of Chinese Corporations to the list, including Huawei (HWT.UL). In addition, it will also include chipmaker SMIC (0981. HK) and Chinese drone producer DJI in 2020.

The Biden administration expanded the policing.

The Biden administration has expanded this approach, placing a dozen Chinese corporations on the Entity List in November. The approach was made over national security and foreign policy concerns. They claim that it is an assistance in strengthening China’s quantum computing initiatives in some cases.

The Entity List by Commerce also added China’s Academy of Military Medical Sciences and its 11 research centers in December.

Apple Inc (AAPL.O) is reportedly considering relocating some production out of China, according to Raimondo. “I’ve heard the same thing from a lot of other American manufacturing companies,” she continued, “many of whom have been manufacturing in China for decades.”

The Commerce Department added 33 Chinese firms to its “unverified list” in February, requiring U.S. exporters to go through additional steps before sending goods to the entities.

Last year, China’s embassy in Washington said the US “abuses state power to prohibit and limit Chinese Corporations in all possible ways,” citing the “catch-all notion of national security.”