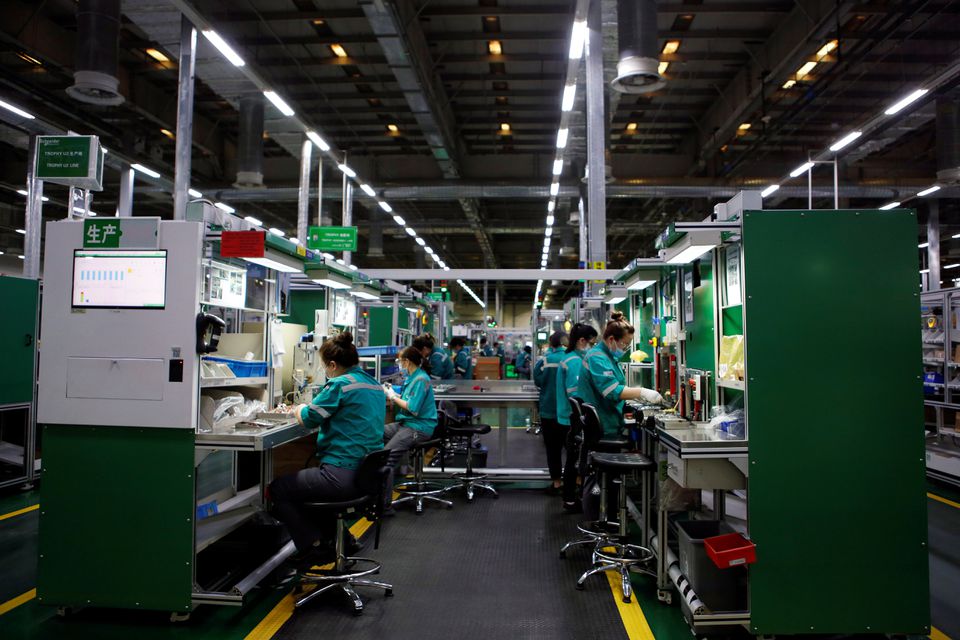 Asia’s factory activity slowed in May because China’s strict coronavirus restrictions continued to disrupt supply chains and lower demand. This worsened some of the region’s economies, which were already struggling because of rising raw material prices.

Business surveys released on Wednesday showed that manufacturers in countries like Japan, Taiwan, and Malaysia slowed down last month. This shows how hard it is for policymakers to fight inflation with tighter monetary policy without killing growth.

A private survey showed that China’s Caixin/Markit Manufacturing Purchasing Managers’ Index (PMI) was 48.1 in May, up slightly from 46.0 the month before but still below the 50-point line that separates growth from contraction.

Official data released on Tuesday showed that factory activity in China fell more slowly in May. So even though COVID limits are being lifted in some cities, they still significantly affect confidence and demand.

“Disruptions to supply chains and goods distribution may gradually ease as Shanghai’s lockdown ends. But we’re not out of the woods as China hasn’t abandoned its zero-COVID policy altogether.”

“Rising inflation is forcing some Asian central banks to tighten monetary policy. There’s also the risk of market volatility from U.S. interest rate hikes. Given such layers of risks, Asia’s economy may remain weak for most of this year.”

China’s lockdowns have messed up regional and global logistics and supply chains. As a result, both Japan and South Korea have reported sharp drops in output.

The PMI survey showed that Japan’s manufacturing activity grew at the slowest rate in three months in May, and manufacturers reported that input costs were going up again. This was because the effects of China’s lockdowns and the conflict in Ukraine put pressure on the economy.

The seasonally adjusted final au Jibun Bank Japan PMI dropped from 53.5 in April to 53.3 in May. This is the slowest pace since February.

“Both output and new orders rose at softer rates, with the latter rising at the weakest pace for eight months amid sustained supply chain disruption and raw material price hikes.”

“Disruptions were exacerbated by renewed lockdown restrictions across China, and contributed to a further sharp lengthening of suppliers’ delivery times.”

In a sign of hope, South Korea’s exports grew faster in May than they did in April, according to data released on Wednesday. This was because more shipments to Europe and the U.S. more than made up for the fallout from China.

Monthly trade statistics from South Korea, the first among major exporting nations, are a bellwether for global trade.