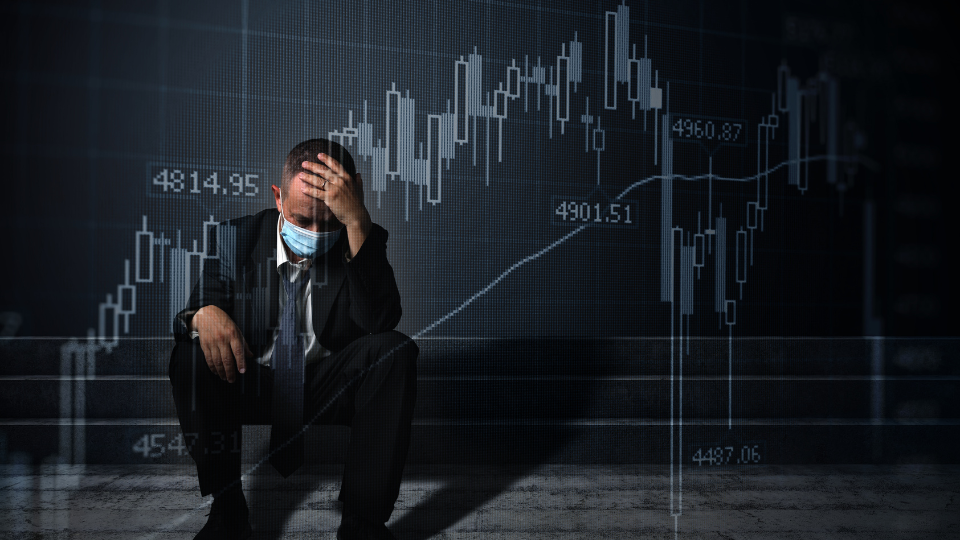 Cyclical Unemployment: A Result of Fluctuations in the Economy

Economists claim the general evolution of the business cycle is responsible for the natural rate of unemployment variation. The labor market has periods of prosperity and adversity. Therefore, it is very interesting to discover what cyclical unemployment is, how it occurs, and how it compares to other forms of unemployment.

What Exactly Is Cyclical Unemployment?

Cyclical unemployment refers to irregular fluctuations or cyclical tendencies in growth and production. It is measured by the business cycle’s gross domestic product (GDP). Economists define cyclical unemployment as a result of enterprises lacking sufficient labor demand to hire all job seekers at a given time in the business cycle. Supply production might be reduced to compensate in response to a fall in demand for a product or service. As supply levels decrease, personnel are needed to achieve the lower production volume standard. The corporation will lay off those employees who are no longer required, resulting in unemployment.

When consumer demand for products and services decreases, output decreases. This decrease reduces the need for labor, resulting in layoffs. Consequently, consumers have less money to spend, resulting in a further decline in sales. Hence, corporations lay off additional employees to retain their profit margins.

Economies are typically already in a recession by the time cyclical unemployment begins. Before commencing layoffs, businesses typically wait until they are certain the recession is severe enough to require them.

Occasionally, a stock market crisis leads to cyclical unemployment. Examples are the 1929 crash, the technology crash of 2000, and the 2008 financial crisis. A severe market drop can trigger a recession by inciting panic and destroying consumer confidence. When this occurs, companies experience a decline in net value as stock prices collapse. When the market declines, opportunities to raise capital for growth and expansion also decline. Investors lose faith in the financial markets.

As a result, they begin selling their assets to reduce losses, resulting in a decline in stock prices. Therefore, consumers tend to hold purchases until investor confidence returns or prices continue to decrease. This phase represents a period of economic downturn. If investor confidence recovers, economic expansion will resume, and cyclical unemployment will be averted. If confidence continues to deteriorate, businesses will be forced to continue laying off more employees due to reduced demand.

Cyclical unemployment can become a continuous spiral that feeds on itself. Newly unemployed individuals have less disposable income, which decreases demand and corporate revenue, resulting in even more layoffs.

This downward trend will continue without action until the supply falls to match the reduced demand. However, this may not occur until the jobless rate approaches 25%. This was the level of unemployment during the Great Depression, which lasted a decade. Although monetary interventions were enacted at the time, they were insufficient. It is generally acknowledged that the demand for military equipment and supplies when the United States entered World War II effectively ended the Great Depression.

The Examples of Cyclical Unemployment

The Housing Bubble Burst and the Great Recession

As a result of the 2008 financial crisis, the housing bubble burst, and the Great Recession began. As more borrowers failed to pay the debt obligations associated with their properties, the demand for new buildings decreased.

As the number of unemployed increased and more borrowers were unable to make their mortgage payments, additional properties were liable to foreclosure. Consequently, nearly 1.5 million construction employees became unemployed. This spike in unemployment was cyclical unemployment.

As the economy rebounded during the years, the financial industry returned to profitability and increased its lending. People began purchasing or renovating homes once more, causing real estate prices to rise once more. To fulfill this demand in the housing sector, construction jobs resumed, and cyclical unemployment fell.

Other Types of Unemployment

Instead of being caused by the ebbs and flows of the business cycle, structural unemployment is caused by fundamental changes in the economy’s composition. An example was the loss of jobs in the buggy whip industry when automobiles became dominant. In the labor market, there is a mismatch between the supply and demand for specific skills.

Seasonal unemployment happens when demand fluctuates from season to season. This group includes all workers whose employment is based on a specific season. Statistics on unemployment are frequently altered or smoothed to allow for seasonal fluctuations. The term for this is “seasonal adjustment.”

For instance, instructors may be deemed seasonal because most schools in the United States suspend or reduce activities during the summer. Similarly, construction employees who reside in regions where construction during the winter months is difficult may lose employment throughout the winter. Certain retail establishments recruit seasonal employees over the winter holidays to better handle higher sales and then let them go after the holidays when demand decreases.

Frictional unemployment is temporary unemployment caused by transitioning from one job to another, including the time required to hunt for a new job. It is a natural occurrence, even in a thriving and stable economy. Moreover, it is desirable because it signifies that workers are pursuing better positions.

Institutional unemployment is the portion caused by institutional arrangements such as high minimum wage regulations, discriminatory hiring practices, and high unionization rates. It is the product of long-term or permanent institutional elements and economic incentives.

The Substruction of the Frictional and Seasonal Unemployment

The Comparison of the Unemployment Rate

The Solutions Government Used to Solve the Cyclical Unemployment

The government’s initial response to an increasing cyclical unemployment rate is to implement an expansionary monetary policy. The central banks implement policies to stimulate the economy. To reduce interest rates and expand the money supply, central banks will issue new currency by purchasing government securities on the market. Then, these economic conditions will drive financial institutions to boost lending and make the money supply more liquid.

In short, cyclical unemployment is a theory that explains job loss as a result of economic recession or sluggish expansion. This word is used by economists to describe the rise and fall of corporate productivity as a cyclical rather than linear process.