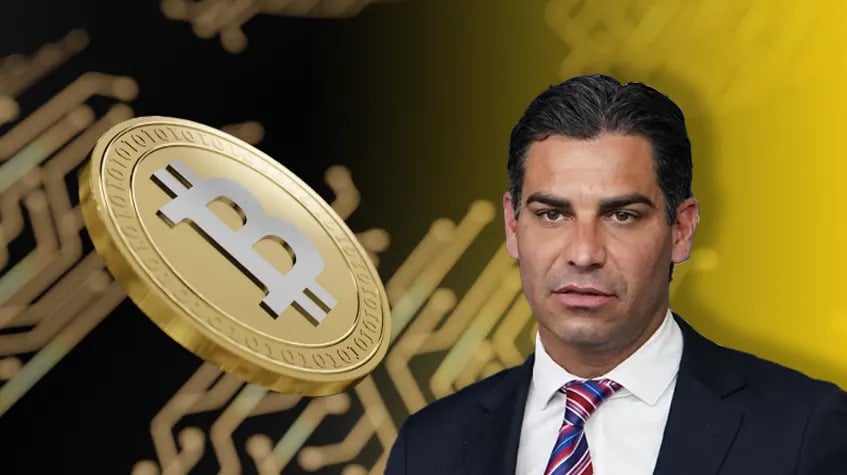 Miami Mayor Suarez Still Gets Bitcoin as His Salary

Despite the tragedy of TerraUSD (UST) de-pegging and the ensuing chaos in cryptocurrency markets. It’s been an especially bearish 2022, with bitcoin (BTC) experiencing a record eight consecutive weekly losses and facing the danger of a ninth. Despite the negative press, Miami Mayor Suarez reaffirmed his position on cryptocurrencies.

Investor anxiety over Fed monetary policy and fears of an economic downturn has weighed on riskier assets. The NASDAQ 100 is down 26.9% year to date.

As a result of the market volatility, bitcoin’s correlation with the NASDAQ has intensified this year, resulting in a 38 percent year-to-date loss for bitcoin. Increased regulatory scrutiny for bitcoin exacerbated the unfavorable sentiment.

Miami City Mayor Suarez Continues to Be Paid with Bitcoin

Mayor Francis Suarez represented Miami at the World Economic Forum in Davos this week. The crypto advocate apparently informed an audience that he still gets paid in bitcoin.

“I will note, for the record, that it’s not my only salary.”

“It’s a different decision to take than if a person was deciding to take their salary in Bitcoin if it was the only source of income for them.”

Suarez went on to discuss his emphasis on the utility of cryptos, pointing out that there is a distinction between protecting people from fraud and protecting them from losses.

On the issues of losses, Suarez said,

Miami Mayor Suarez first stated that he received a salary in Bitcoin in November 2021.

While Mayor Suarez presented a more pragmatic approach to cryptocurrencies, others took advantage of the moment to continue their crypto bashing. Central banks and the IMF have long been anti-crypto, and things were no different in Davos.

The central bankers and the IMF use the Davos stage to target cryptocurrency.

The IMF took advantage of the chance to dismiss cryptocurrency once again, with Managing Director Kristalina Georgieva comparing it to pyramid schemes.

Central bankers also joined the anti-crypto stage. After declaring cryptos worthless over the weekend, ECB President Christine Lagarde did not hold back.

“speculative assets, the value of which fluctuates dramatically over time, and they present themselves as currencies, which they are not.”