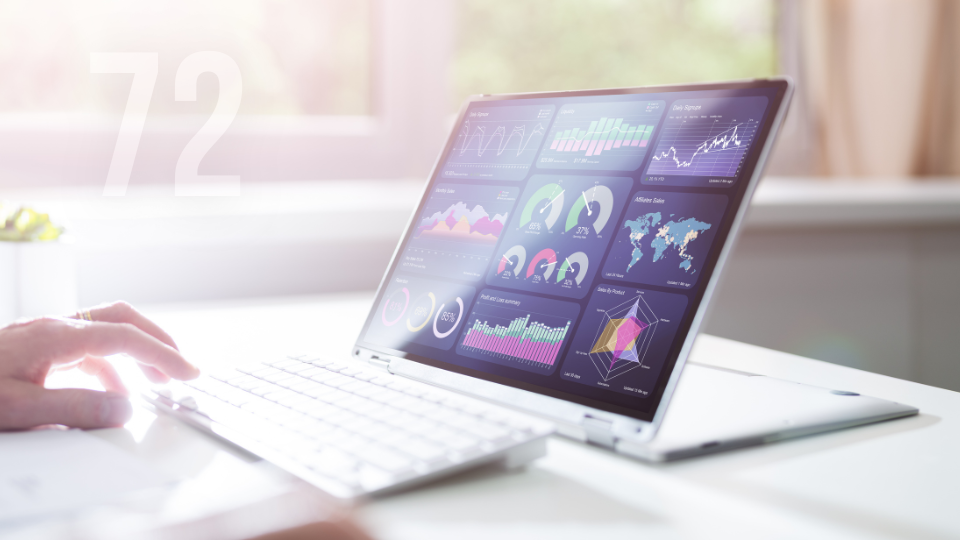 Rule of 72: A Best Time-Saving Shortcut

As we know, it is hard to forecast how an investment will perform, when it will pay off, or whether it will pay off. However, this has never prevented anyone from attempting to do so. Examining the interest rates of potential investments is one such method. Without a calculator, calculating compound interest may get quite complex. Because of this, the Rule of 72 exists. Thus, you may get an idea of how interest might affect an investment over time. It is a time-saving shortcut that has been utilized for decades.

What Exactly Is the Rule of 72?

The Rule of 72 is a formula that calculates the years necessary to double one’s investment at a certain rate of return. If your account earns 6 percent, divide 72 by 6 to get the years it will take for your money to double, in this circumstance, 12 years. In addition, this computation may be used for inflation. However, the result will be the number of years until the beginning value has been halved rather than doubled.

Nevertheless, the Rule of 72 is derived from a more sophisticated computation and is an estimate. Consequently, it is not precise. The most precise Rule of 72 findings is predicated on an interest rate of 8%. Significantly, the further away from 8% you move in either direction, the less precise the results will be. Nonetheless, this useful method might assist you in estimating the potential growth of your funds, given a particular rate of return.

The Working Principles of Rule 72

Genuinely, the actual mathematical method is complicated and is dependent on the time value of money to determine the number of years till doubling. You must begin with the future value calculation for periodic compounding rates of return, a computation that is useful for estimating exponential growth or decay.

The actual values are not round and are closer to 69.3. However, 72 divides readily for many of the standard investment rates of return. Thus, 72 has gained popularity as a metric to estimate doubling time. Significantly, you can use a compound interest calculator based on the complete formula for more accurate projections of your money’s growth.

The Formula of Rule 72

The Rule of 72 can be stated simply as Years to double = 72 / rate of investment return (or interest rate).

A Few Major Exceptions to this Rule

How to Apply the Rule of 72 to Your Financial Strategy

Most people want to continue investing over time, usually monthly. Using a current balance and an average rate of return, you can estimate how long it will take to reach a specific goal amount. For instance, if you invest $100,000 now at 10% interest and are 22 years away from retirement, you may anticipate your investment to grow nearly greatly, from $100,000 to $200,000, then $400,000, and finally $800,000.

Additionally, suppose your interest rate changes or you require additional funds due to inflation or other causes. In that case, you have to use the results of the Rule of 72 to determine how to continue investing over time. Moreover, the Rule of 72 can also be used to make decisions on risk and return. If you have a low-risk investment yielding 2 percent interest, you may compare the doubling rate of 36 years to a high-risk investment yielding 10 percent and doubling in seven years.

Furthermore, numerous young persons just beginning their careers pick high-risk investments as they can benefit from high rates of return over multiple doubling cycles. Nonetheless, those approaching retirement will likely choose to invest in lower-risk accounts as they approach their retirement savings goal. The reason is that doubling is less significant than investing in more stable assets.

Rule of 72 in the Era of Inflation

Investors might use the Rule of 72 to determine how long it will take for inflation to halve their buying power. For instance, if inflation is around 6%, dividing 72 by the inflation rate yields 12 years before your purchasing power is decreased by 50%.

The Rule of 72 enables investors to comprehend the severity of inflation tangibly. In the past, inflation has remained excessive for several years, severely eroding the purchasing power of assets amassed over time.

Benefits and Drawbacks of Rule 72

To conclude, the Rule of 72 is essential when deciding how much to invest. Investing even a modest amount early on may have a significant impact. Moreover, the impact will only grow as more money is invested due to the power of compounding. The Rule of 72 may also be used to estimate the rate of purchasing power loss during periods of inflation.