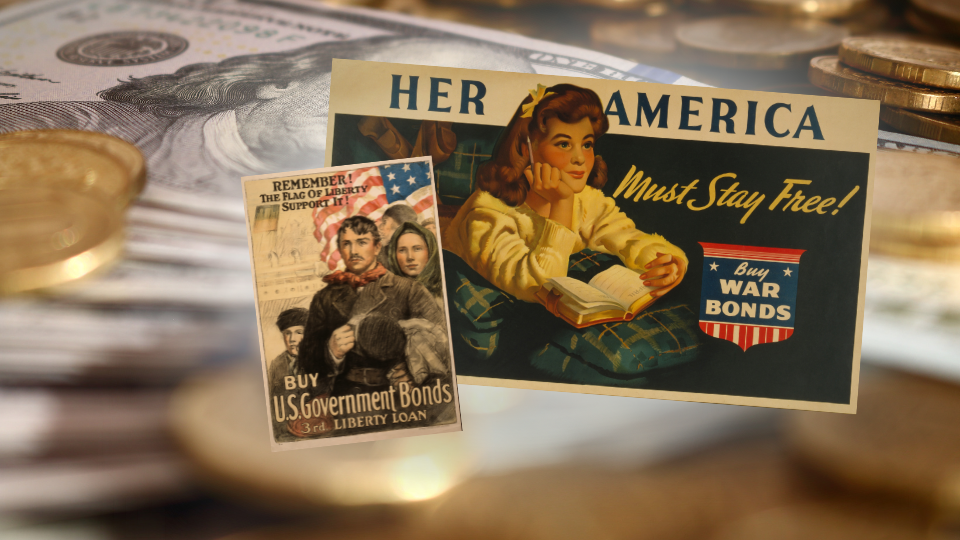 It’s not easy to come up with the kind of money that’s necessary to fund a war. War bonds are a common way for governments to ask people for money to help with military operations. In this article, we’ll explore the meaning of “war bonds,” discuss their characteristics, and weigh the pros and cons of investing in them.

What Is a War Bond?

Governments often issue special bonds called “war bonds” to raise money for the military’s use when hostilities break out. The investment was accomplished through emotional appeals to patriotism, notwithstanding the low-interest rate offered by these bonds compared to other options available to investors.

During the war, governments often issued special bonds called “war bonds” to the public to raise funds for military and defense programs. Simply put, this bond is a debt made to a government.

It’s important to note that the bonds were issued at a discount to their face value, meaning that investors paid less upfront but will receive the total face value back when the bonds mature. In other words, because these bonds were not issued annual interest or coupon payments, they were categorized as “zero-coupon bonds.” Instead, investors received a return equal to the spread between the bond’s acquisition price and its face value at maturity.

War bonds were known as “baby bonds” because their face value, or par, was less than regular bonds. For this reason, even average citizens could afford to buy some. The bonds could be redeemed in the future only by the original purchaser. A 2.9% annual return was offered on these bonds with a 10-year maturity.

Congress allowed bonds issued between 1941 and 1965 to accrue interest for 40 years to encourage investment. In the 20 years following their first issue, bonds issued after 1965 continued to earn income. These bonds were renamed Series E bonds after WWII ended. The United States Treasury issued Series E bonds until 1980 when Series EE bonds succeeded them.

For their entire duration, investors in these Bonds (or Liberty Bonds, depending on the year) received no interest. In addition, the face value of a bond was not the same as its purchase price; instead, investors would purchase bonds at a discount (usually between 50% and 75% of the bond’s face value) in exchange for the promise of receiving the entire face value upon maturity.

An individual war bond’s maturity date is specific to the year it was issued. If you bought a bond at the outbreak of World War II, you wouldn’t be able to redeem it until the war’s end. Eventually, Congress changed the legislation so that war bonds may keep earning interest for up to 40 years after they were issued.

Canada, Germany, the UK, and Austria-Hungary were just some of the other countries that issued war bonds with the United States.

The United States War Advertising Council encouraged citizens to purchase bonds to support the war effort voluntarily. Despite offering a lower return than the prevailing market interest rates, patriotism and morality were at the heart of the decision to buy these bonds.

Advertising of the bonds was disseminated to the general public through many channels, including radio and print media, as well as cinematic newsreels. Famous actors from Hollywood, like Bette Davis and Rita Hayworth, traveled the country to raise money for the war effort by selling these bonds. In order to purchase these bonds, individuals might put away a quarter at a time. Stamps sold by the Girl Scouts were 10 cents apiece. Norman Rockwell painted several works for the bonds campaign.

Following Russia’s 2022 invasion of Ukraine, the country’s government issued these bonds to fund the country’s armed forces. The Ukrainian government stated on March 1 that it had raised $270 million via a one-year bond with a yield of 11%, just after the invasion had begun. The country raised nearly $1 billion through a series of bond sales.

Advantages and Disadvantages of War Bonds

When a country issues war bonds, it can quickly raise money for military campaigns. To encourage the purchase of their bonds, governments may appeal to citizens’ sense of patriotism by offering a lower yield than the going interest rate on the market. They can be used to decrease inflation by taking money out of circulation.

Aside from supporting the government, investors in these types of bonds can also make money by betting on the result of a conflict. In the event of a short-term military setback, investors who are confident in the eventual victor’s chances may choose to purchase that side’s war bonds. If the war is lost, their investment could also be lost.

However, they did not always make the best investment tool. These types of bonds issued by the United States did not accrue interest over their term and gave lesser returns than comparable bonds issued by other countries. More importantly, if a government borrows extensively to fund its war activities, it will be responsible for repaying all of those expenses upon the expiration of the war.

A Case Study of War Bonds

The War Finance Committee was responsible for managing the distribution of American war bonds. In 1917, the United States government issued the first of what would become known as war bonds, or Liberty Bonds, to help pay for the country’s involvement in World War I. Funding for the war was increased by $21.5 billion thanks to selling these bonds.

Defense bonds became war bonds after the United States entered World War II in response to the Japanese attack on Pearl Harbor on December 7, 1941. More than $180 billion was made from the sale of these bonds, which more than 80 million Americans purchased. The bond denominations ranged from $10 to $1,000 and were sold for 50%-75% of their face value.

How Do You Buy Ukrainian War Bonds?

Ukrainian nationals and permanent residents can purchase these bonds at any Ukrainian bank or broker with the proper permissions. These bonds are available to overseas institutional investors, but whether or not they will be made available to international retail investors is unclear.

What Is the Purpose of War Bonds?

With these bonds, a government can finance its military budget without resorting to inflationary monetary policy or excessive taxation. There is a danger that governments will take on more debt than they can handle, so they need to proceed with caution.

How Much Are War Bonds Worth Today?

Values of these bonds issued by the United States government can be determined using an online calculator. In September of 2022, the market value of a $100 Series E bond issued in 1942 would be $377.40.

War bonds are a form of debt issued by a government to the general public to help finance unexpected military expenditures at a discount from the interest rates on regular sovereign bonds. But there is also danger in doing so. There is a greater chance of loss for investors in these bonds due to a lower yield.